An environment to thrive in

Cars are passing by. A bus cruises past. People are crossing streets, walking up and down sidewalks.

But to someone with Autism Spectrum Disorder (ASD), this picture can be vastly different.

It can overload the senses. It can feel chaotic. Transportation options can seem confusing.

Are there any quiet, safe places? Is there anyone who can help?

For some adults with autism, this is life in a city. And every single day, that sensory overload can be a struggle, one they aren’t always prepared to handle.

Ohio State’s Kyle Ezell, a professor of practice in city and regional planning in the Knowlton School of Architecture, and his students know this because they’ve worked with those from the ASD community to help cities become more welcoming to all.

“In city planning, accessibility is often discussed — but usually in terms of physical disabilities,” Ezell said. “We want to get a discussion started around using the built environment to eliminate barriers.” 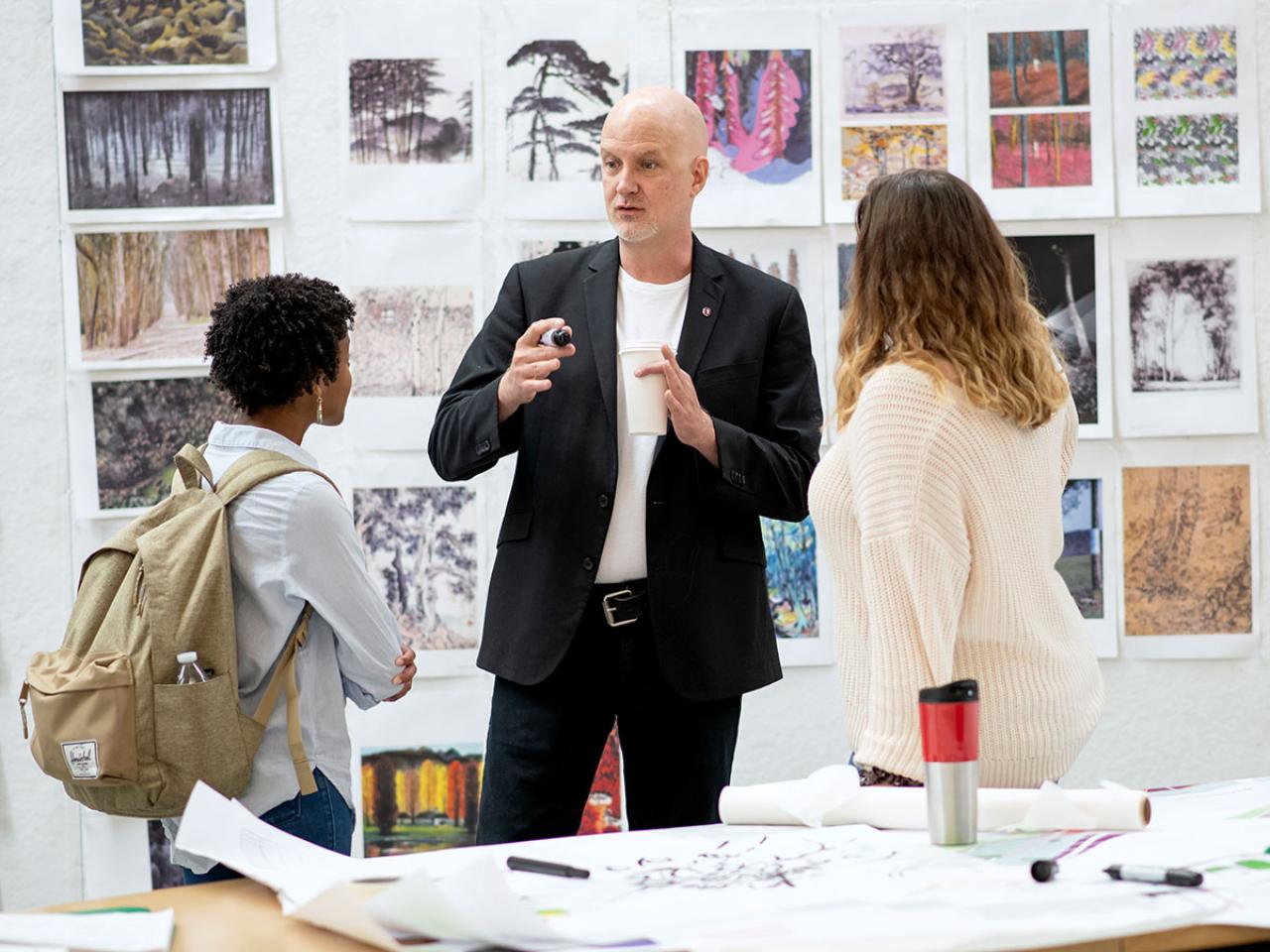 Throughout childhood and adolescence, people with autism often have the support of educational and social services. But as they enter adulthood, that support can end abruptly.

It’s been described as a cliff.

“People with autism have a lot of social anxiety. Dealing with issues in the world can be terrifying for them,” said Dr. Emilio Amigo, a Columbus-based clinical psychologist and research partner to Ezell. “Adults with autism are overlooked in the planning process; they remain more socially isolated and generally lack confidence in navigating public transportation and securing housing. The absence of accommodations in their communities makes their journey out of their bubble even harder.”

Each year in the coming decade, 50,000 children with autism will enter adulthood, according to autismspeaks.org.

Justin Stein, a central Ohio teenager who has autism, is one of them. His father, Rick Stein, is an Ohio State alumnus and trustee of the nonprofit Autism Living. Concerned for his son’s future, Rick Stein asked Ezell and members of Ohio State’s City and Regional Planning program how they could create environments where those with autism can thrive.

Ezell brought the question to his students, who did extensive research to dig up any autism-specific policies around the country.

So Ezell and his 33 graduate and undergraduate students joined 37 professionals — planners, public health officials, disability professionals and activists, architects, engineers and neuroscientists — to create a resource to help cities become more welcoming. The group then gained invaluable information and feedback from people within the ASD community to hone their planning.

A new resource for planning

The team created a full-length book, Autism Planning and Design Guidelines 1.0, which outlines community development standards that can make adults with autism feel safer and more connected to their communities.

Ezell said many of the infrastructure ideas can be implemented simply, such as designing wider sidewalks to lessen crowding and overstimulation. Transportation and housing ideas might be more complex but are possible over time.

“What I heard that I thought would be nice was converting garages into houses,” said a member of the ASD community who participated in the planning. “I would enjoy living on my own.”

The study and guidelines have begun to influence cities in Ohio.

Athens, Ohio, used those guidelines to implement autism-friendly building policies in its comprehensive plan update. And an urban designer for the city of Dublin, Ohio, who participated in the study said her staff will welcome voices from the ASD community in future planning.

This people-centric approach to community planning didn’t have a profound impression on just current planners but future ones as well.

“When it comes down to it,” said Alyssa Saltzman, a Knowlton graduate who was instrumental in designing the initial guidelines, “what’s popular or trending in city planning matters less than asking, ‘What are the needs of the people I want to help?’” 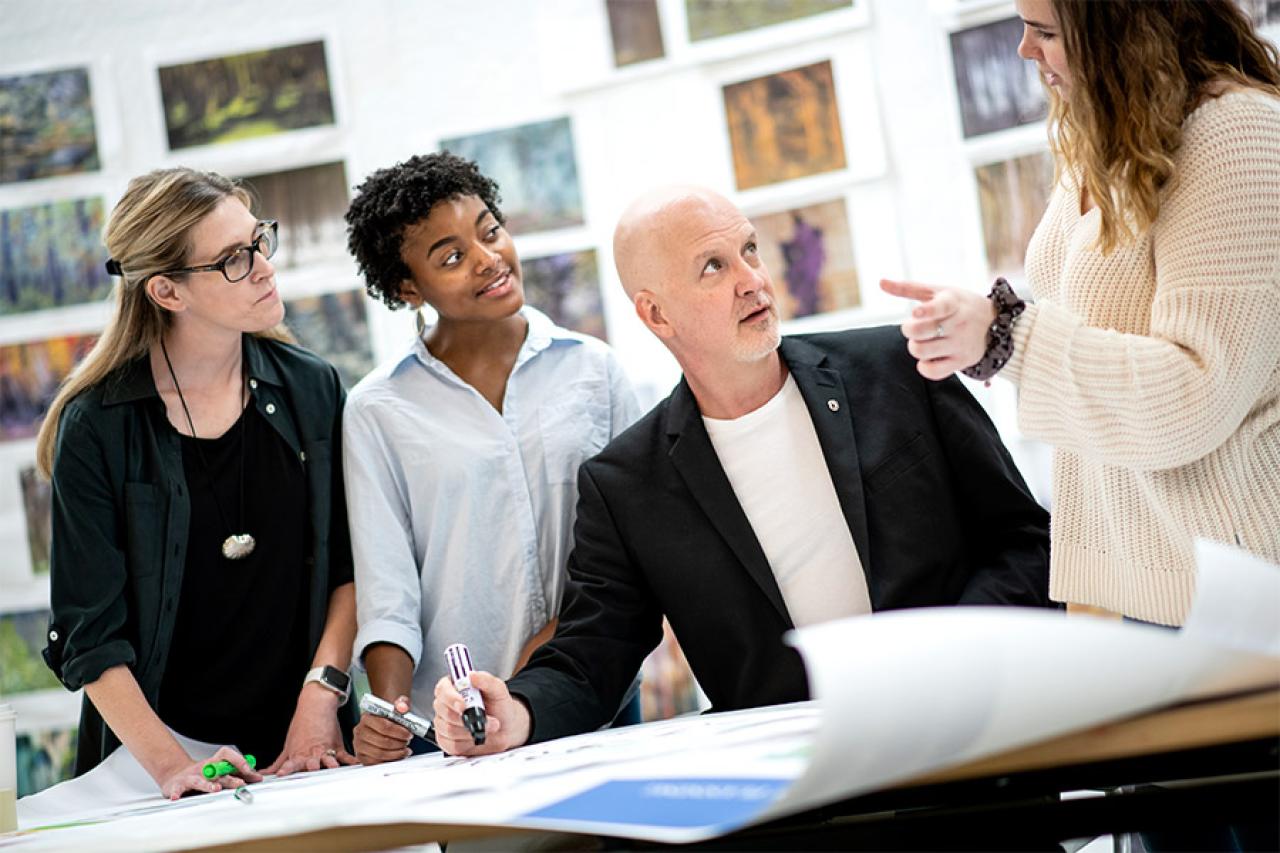 Kyle Ezell, a professor in Ohio State’s Knowlton School of Architecture’s City and Regional Planning program, and his students spent over a year working with adults with autism, professionals from planning and urban design-related fields and experts on autism to produce a first-of-its kind book Autism Planning and Design Guidelines 1.0.

"In city planning, accessibility is often discussed — but usually in terms of physical disabilities. We want to get a discussion started around using the built environment to eliminate barriers." 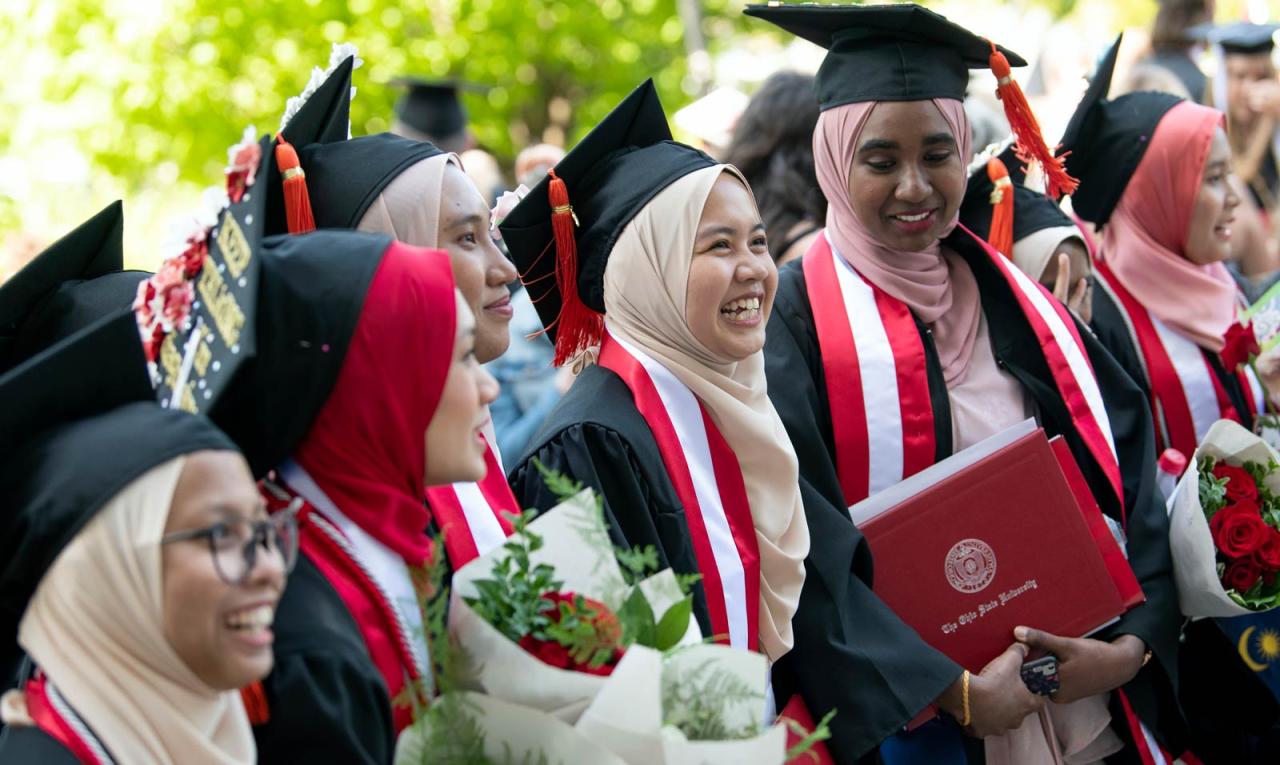